8 Reasons To Visit Disneyland and California Adventure This Summer 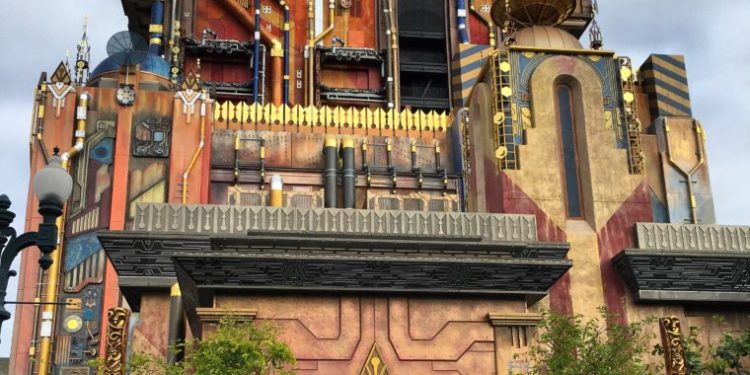 If you live in Los Angeles, you’ve probably been to Disneyland a time or two and are thinking, why would I brave the crowds to visit during the summer? We can think of so many reasons! California Adventure has opened new rides and attractions, Disneyland is reopening part of the park that had a little freshening up and one of our favorite parades is going away at the end of the summer. Here are our 8 Reasons to Visit Disneyland and California Adventure this summer. 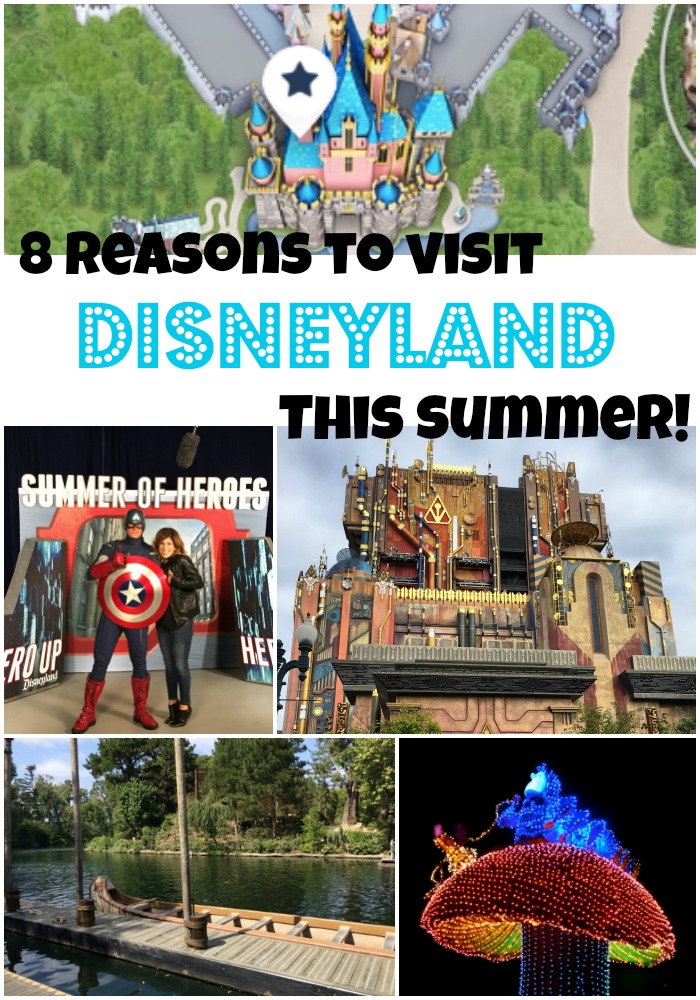 Guardians of the Galaxy: Mission Breakout

The new Guardians of the Galaxy: Mission Breakout ride in California Adventure is open and it’s a blast. The line to get in takes you through the Collector’s Fortress where you can see artifacts from throughout the galaxy. When you’re on the ride, you’ll hear awesome classic rock songs and see characters from the movie. Make sure and hold on! To get an idea of what the ride is like (and to have a good laugh!), check out my video below.

Guardians of the Galaxy Awesome Dance Off

After the ride, head to California Adventure’s Hollywoodland for a Guardians of the Galaxy dance party with Star-Lord and Gamora. Rock out to classic 70s hits from Star-Lord’s (aka Peter Quill) Boombox. You can party hard throughout the day!

Young guests can participate in a daring adventure on the Hollywood Backlot to see if they have what it takes to be one of the “Earth’s Mightiest Heroes.” You’ll be trained by the fierce Agent Natasha Romanoff (you might know her as Black Widow) and Agent Clint Barton (Hawkeye) to defeat Hydra villain Arnim Zola. Plus, agents in training may get a glimpse of Tony Stark while they earn a special training band. 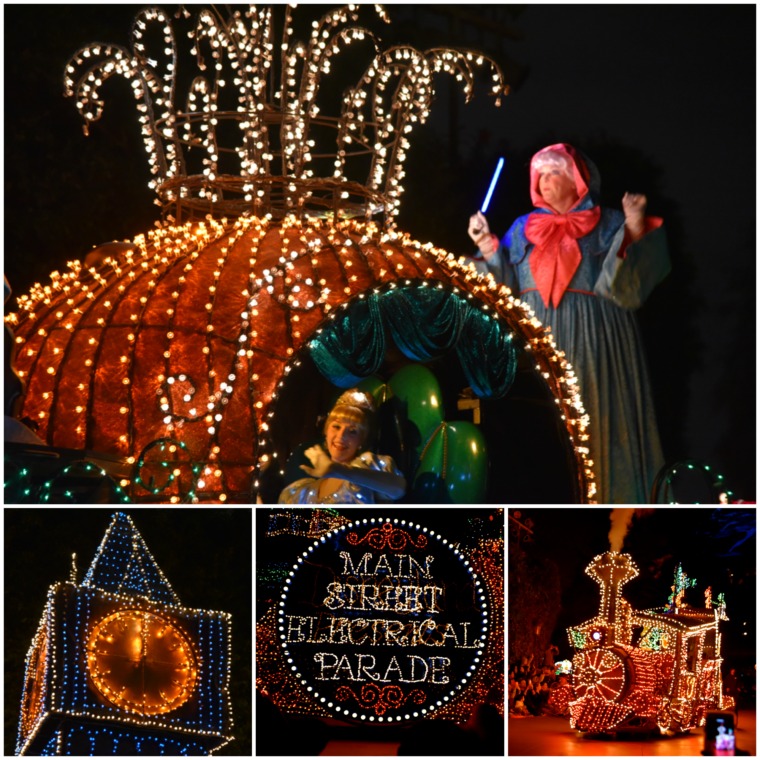 The electrical parade was brought back to Disneyland’s Main Street in January and the lights go off on August 20th, 2017. The parade started back in 1972 and delighted Disneyland guests until 1996. It’s just like it was when I was a kid and so much fun to share with my boys. Make sure and catch it before it goes away!

Rivers of America has been closed for more than a year, which also meant the closing of Fantasmic! The light show based on Mickey’s Fanstasia returns to Disneyland’s Rivers of America on July 17, 2017. The music and laser show features pink elephants, puppets and princesses that appear around the Pirate’s Lair on Tom Sawyer Island, which reopened on June 16, 2017. The show has been improved with new mist screens and new scenes from Aladdin and the Lion King.

The Disneyland Railroad and Rivers of America, which have been closed due to construction of Star Wars land, are set to reopen on July 29th, 2017. The Rivers of America will still be a celebration of the Mississippi, Columbia, Missouri and Rio Grande Rivers and now have thundering waterfalls. The waterfalls can be seen from the Disneyland Railroad, which has also had a sprucing up.

When the River opens so does the Mark Twain Riverboat, the Sailing Ship Columbia and the Davy Crocket Explorer Canoes – one of our favorite rides! Guest can paddle the canoes around the Pirate’s Lair on Tom Sawyer Island.

There is a pretty good deal going on if you’re visiting multiple amusement parks on multiple days. For $353 ($324 for kids 3-9 and no charge for kids under 3) you can get one Southern California CityPass and visit Disneyland, California Adventure, LEGOLAND and SeaWorld. It’s 29 percent off the main entrance prices. Here are the details: 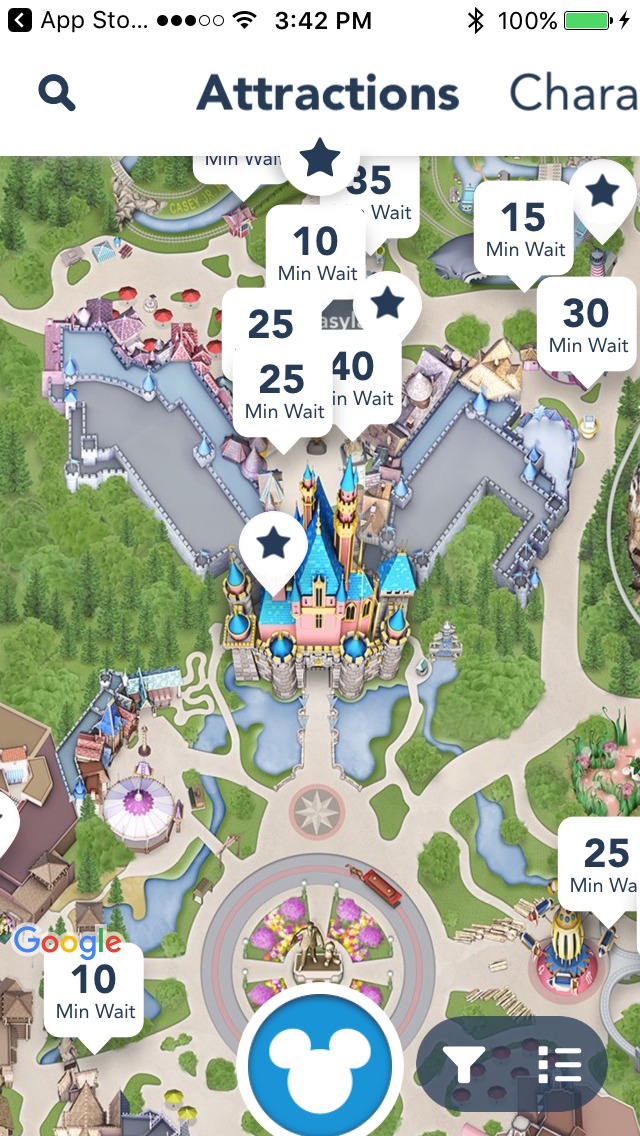 If you’re like my family and you have to do as much as you possibly can with your time at Disneyland, you’ll find the Disneyland Mobile App super helpful. The app gives you wait times for all of the rides, lists ride closures, allows you to make dining reservations and find locations of Disney characters. You can also buy tickets online and find FASTPASS information.

Disclosure: I was invited to a press day for Mission Breakout and Summer of Heroes and I’m going back for a family day where I’ll be given tickets for my family. All opinions are my own.

Fun Things to Do In Los Angeles ...