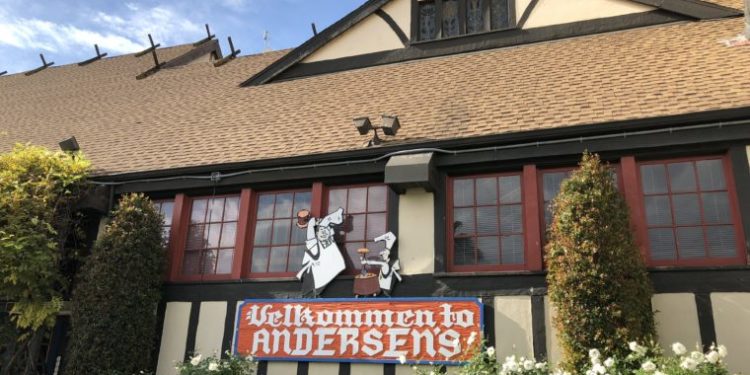 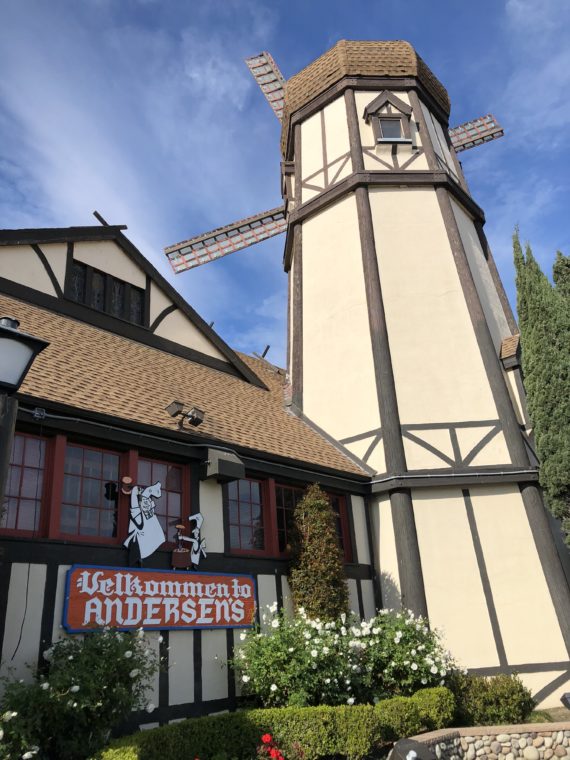 If your travels take you and your family north of Los Angeles, make it a point to stop at Pea Soup Andersen’s. Yes, that Pea Soup — the cans of green soup we’re used to seeing in the market.

The first location was opened more than ninety years ago in Buellton (off the 101, north of Santa Barbara) and  the second location opened in Santa Nella (off Interstate 5) forty years ago. 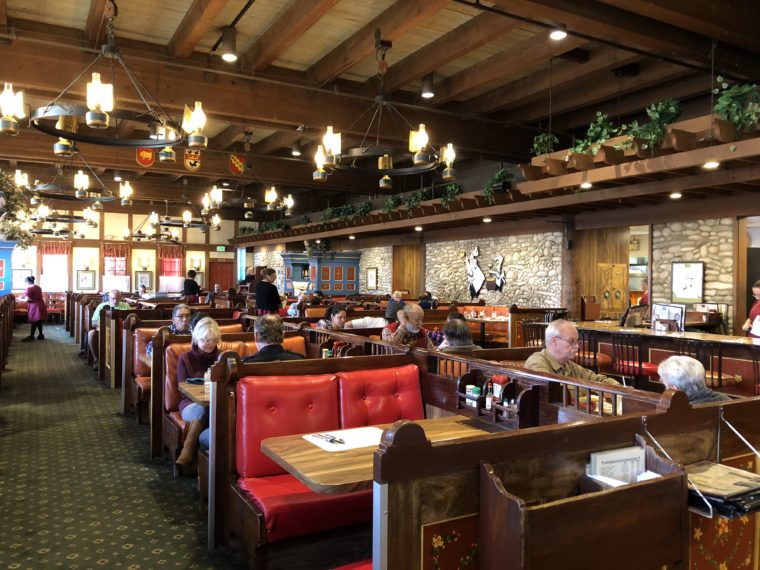 Outside, the mural declares they’ve been “splitting peas since 1924.” That’s because back in June of 1924, Anton and Juliette Andersen first began serving split pea soup and other tasty foods at their small cafe. Originally, their restaurant was called “Andersen’s Electrical Cafe” to commemorate their new electric stove (at the time, most families still used a gas stove). Shortly after opening, their pea soup became quite an attraction and the restaurant became known as “Pea Soup Andersen’s.” 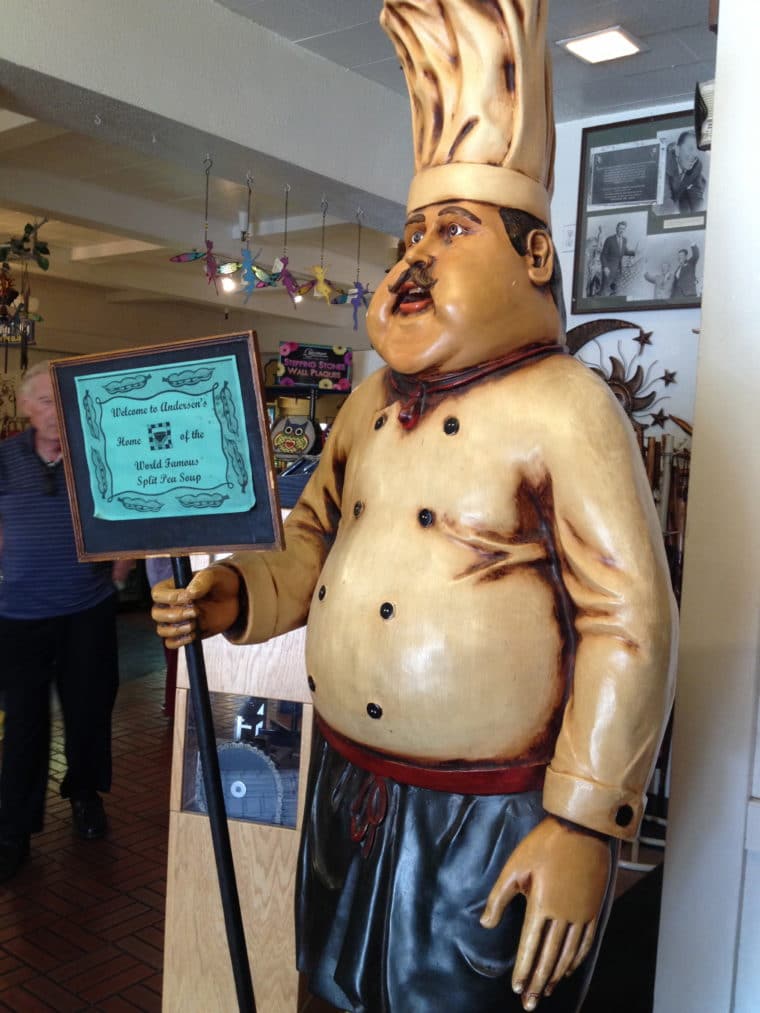 A stop at the restaurant doesn’t just provide families with an extensive menu, good food, and clean bathrooms. 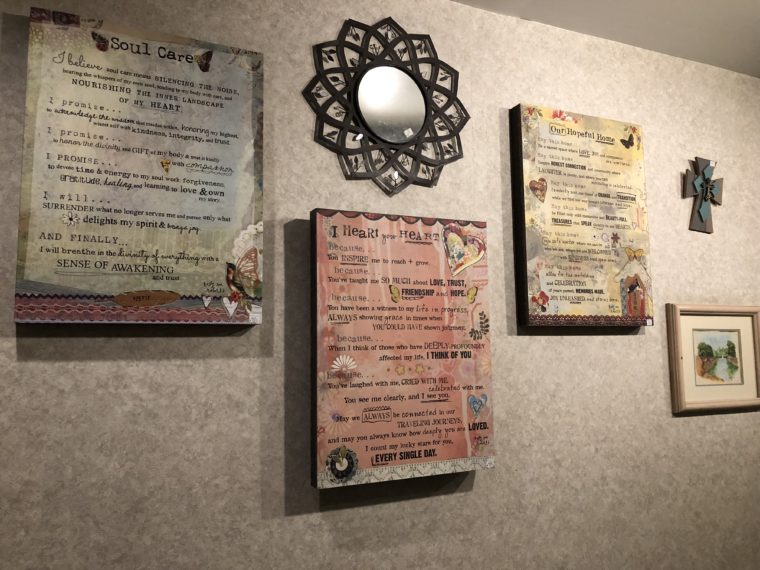 The restaurant serves as a great distraction and conversation-starter for children because there’s so much to see and do. Outside, you’ll find coin-operated rides for kids (only 25 cents!). There’s also the fun photo-opportunity where family members can take turns poking their heads into the cut-out billboard of  “Hap-Pea” and “Pea-Wee.” 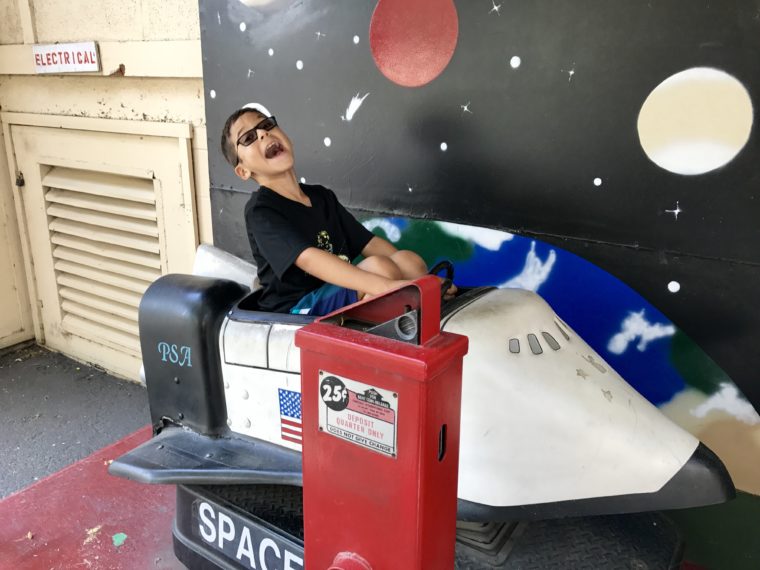 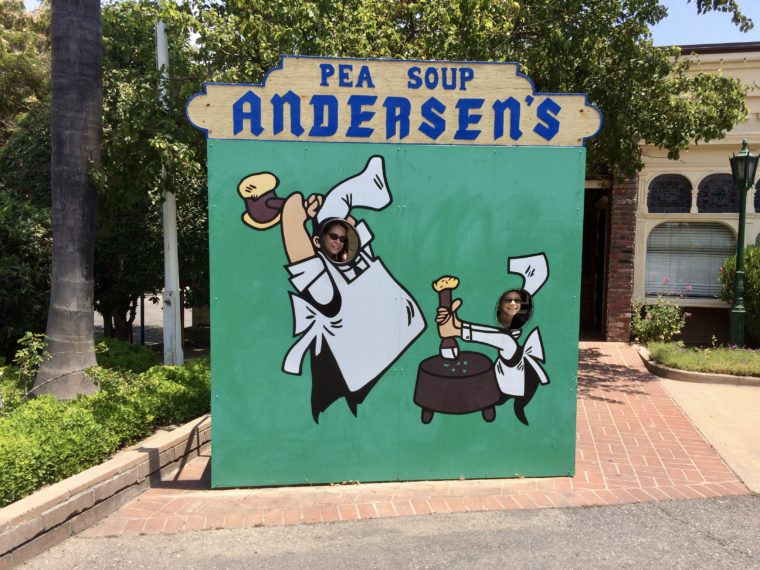 Inside, you’ll find much more than a restaurant. There is also a gift shop area, a bakery, a marketplace, and the year-round “Christmas Shoppe.” Not only can you take some cans of soup to go, but you’ll also find some fun souvenirs and memorabilia (decorative objects, magnets, and more). 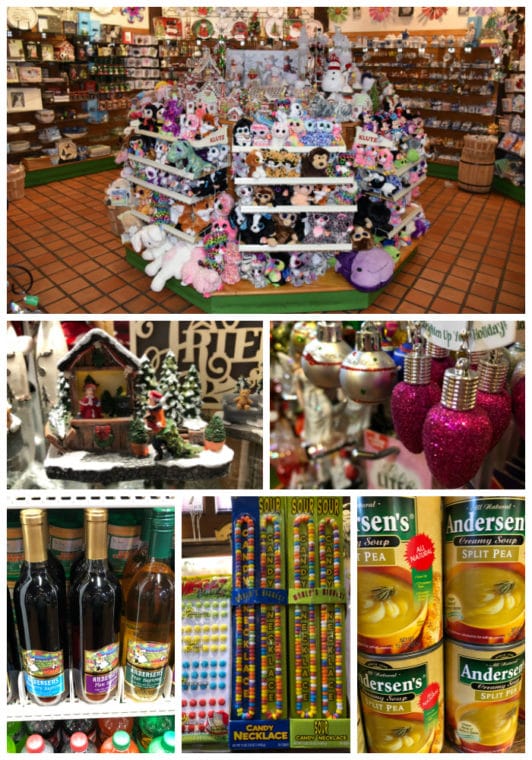 The restaurant has an extensive menu offering all-day breakfast, lunch, and dinner options. The children’s menu includes waffles, chocolate chip pancakes, peanut butter and jelly sandwiches, chicken tenders, macaroni and cheese, and more kid-friendly fare. Of course, adults may opt for the classic “Travelers Special” — all-you-can-eat Andersen’s split pea soup. (When you finish your bowl, you’re rewarded with a picture of Hap-Pea and Pea-Wee at the bottom of the bowl). Or, opt instead for soup and salad, one of their many hamburgers and sandwiches (Classic Rueben, Bacon Burger), entrees (Chicken Pot Pie, Danish Style Meatloaf), or pasta (Fettucine Alfredo). According to their menu, the restaurant uses “more than 10,000 pounds of peas a month and serves millions of bowls every year!” 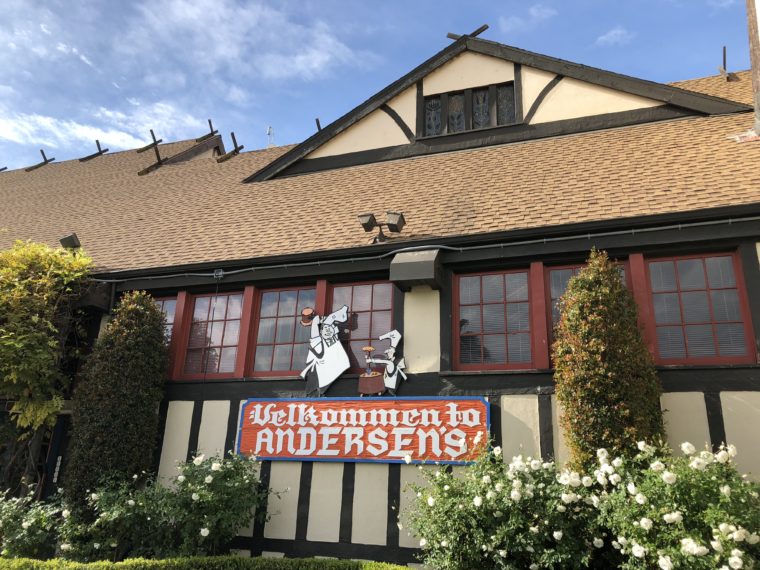 376 Avenue of the Flags, Buellton, CA