Amusement ParksThings To Do in Los Angeles with Kids

Summer of Heroes at California Adventure 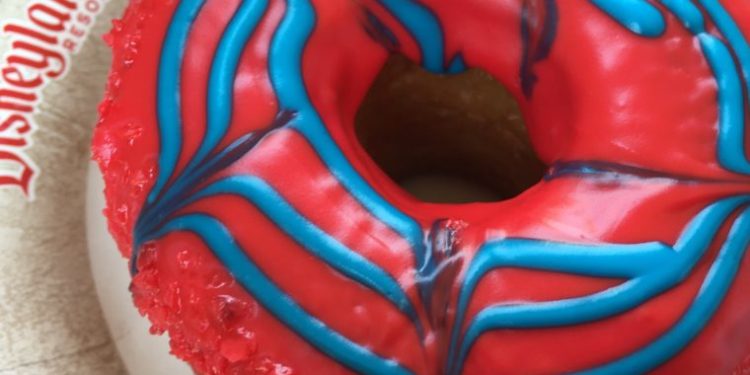 If your kids love Marvel superheroes, than you’ll want to head to Disney California Adventure for Summer of Heroes 2017. My boys and I had the best time last week meeting Spiderman, watching Black Widow kick butt, and seeing Star Lord dance. And I, personally, had the best time breaking my diet by eating this amazing Spider Bite Croissant Donut.

We were guests of Disneyland to experience Summer of Heroes and for some reason I thought it was a good idea to go from eating a donut to the Guardians of the Galaxy: Mission Breakout ride.

Mission Breakout is my new favorite ride in California Adventure. But it’s also the most terrifying. Mission Breakout shoots you up in the air and suddenly drops you – over and over again! What makes it fun is that the up and down happens while you’re listening to awesome music from the Guardians movie including Pat Benatar’s “Hit Me With Your Best Shot” and the Jackson 5’s “I Want You Back” and watching the cast of the movie talk you through your adventure.

There was a lot of motion and screaming (coming from me as you can hear for yourself in the video below) and I was worried I would lose my donut. I did not (#winning). I would recommend waiting until after the ride to eat a donut if you’re at all worried about such things. My boys, on the other hand, had a blast!

Here’s the video from my first time on the ride.

After the ride we went over to watch the Avengers Training Initiative show with Black Widow and Hawkeye. Kids can sign up to learn how to fight alongside the Avengers. It was adorable watching the kids up on stage and also fun watching Black Widow fight Hydra villain Arnim Zola.

After that we went back to the front of the Mission Breakout ride to see the Guardians’ Awesome Dance Off with Star Lord and Gamora. It was pretty cute.

Star Lord took people from the audience to teach them how to dance to the Jackson’s “ABC” and Peaches and Herb’s “Shake Your Groove Thing.”

All of that dancing will make you hungry for more of the superhero food that you’ll find in Hollywood Land. We had The Most Dangerous Tacos in the Galaxy from Knowhere Eats in California Adventure’s Hollywood Land, which are barbacoa tacos with spicy salsa and pickled red onions. My boys had the plain tacos on the side and I had the salsa covered taco in the middle. Everyone was happy!

Disclosure: My family and I  were guests of Disneyland for the day. We received entrance to both parks and meals. All opinions are my own.