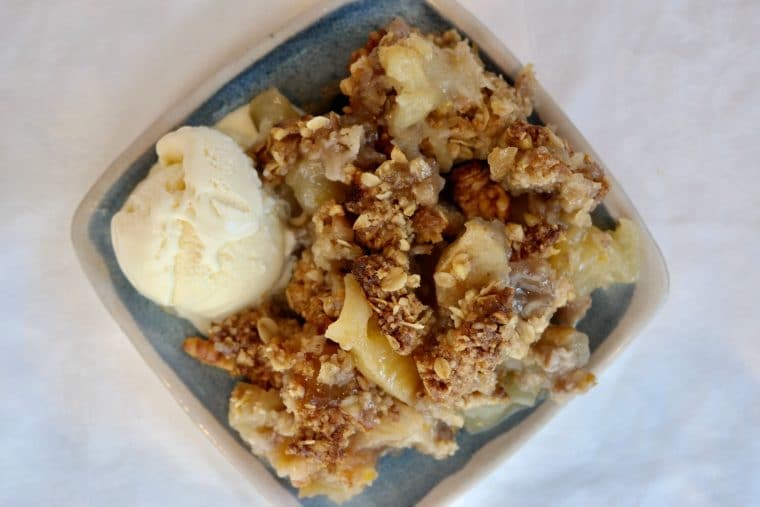 The beloved Pico-Robertson neighborhood restaurant The Milky Way is a kosher dairy restaurant, once run under the grace and singular charm of Leah Spielberg Adler and still owned by the Spielberg family.

In accordance with the recent stay-at-home order extension announced by Los Angeles County officials, The Milky Way remains closed until further notice as part of an effort to keep their staff and guests safe while helping curb the virus’ spread. 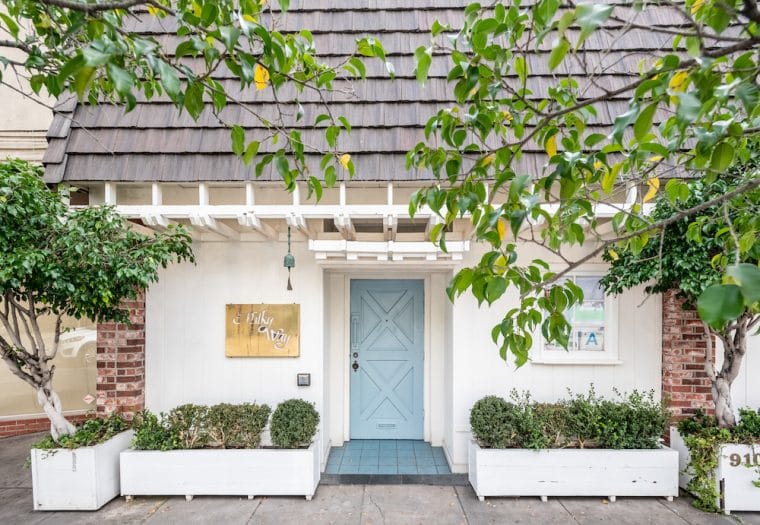 But that hasn’t stopped them from sharing this recipe with us – and now with you, too.

This recipe is really simple and it came out delicious! It’s not overly sweet, which we prefer at my house, so if you want you can have it as-is, or you can add ice cream or whipped cream without making it over the top.

The chef is also super accommodating, making this into a “seasonal” recipe, meaning you can use whatever fruit is available when you decide to make it. It’s written with stone fruit in mind, and we’re sure that will taste amazing, but it’s not quite time for them yet, so this time we used apples – honey crisp, to be exact. But you could easily substitute or mix your favorite fruits and berries with what’s in season and available at your local farmers market. 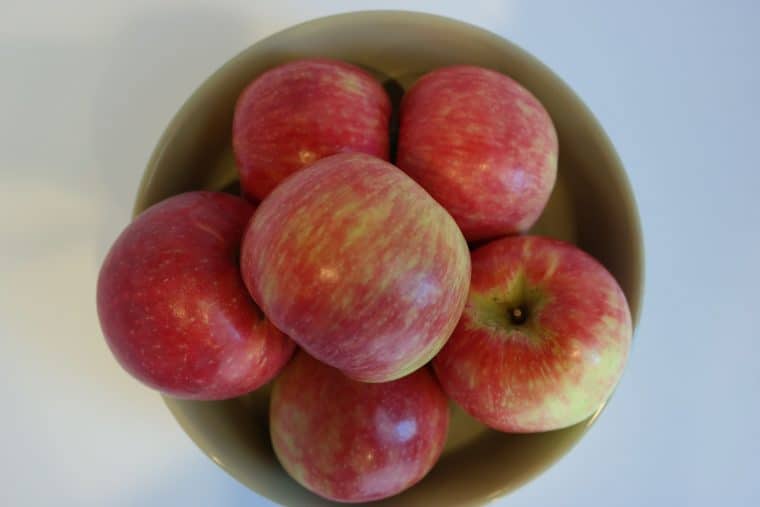 Our favorite part is the crisp, which has a secret ingredient we’ve never used in crisp before: cream cheese! We think it makes for a nice balance with the sugar and keeps it from getting too sweet. Just delicious!

Give this recipe a try and let us know what you think.

In a food processor: pulse flour, sugar, butter and cream cheese until just combined. Transfer to a mixing bowl and fold in the oats and walnuts until combined and large crumbles of topping are formed. Place in refrigerator while preparing the fruit so topping can firm up a bit. 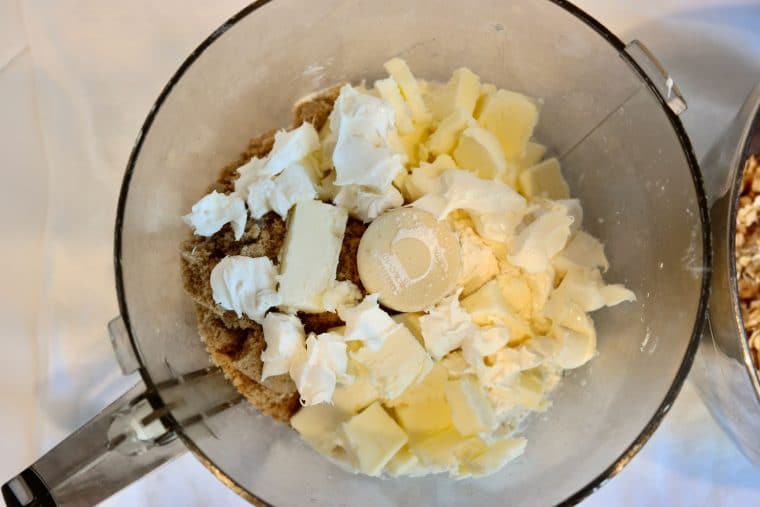 Remove pits from stone fruit and slice into ½ inch pieces and place in mixing bowl – or peel apples and cut into cubes; toss with remaining ingredients and layer in 2 to 3-quart baking dish.

Place crumble topping over fruit mixture covering completely; place baking dish on sheet pan and place in pre-heated 350-degree oven for 60-75 minutes until crisp is bubbly in areas and topping is golden brown.

Remove from oven and place on a cooling rack for 30-40 minutes and allow sauce to continue to thicken. Serve with whipped cream or ice cream. 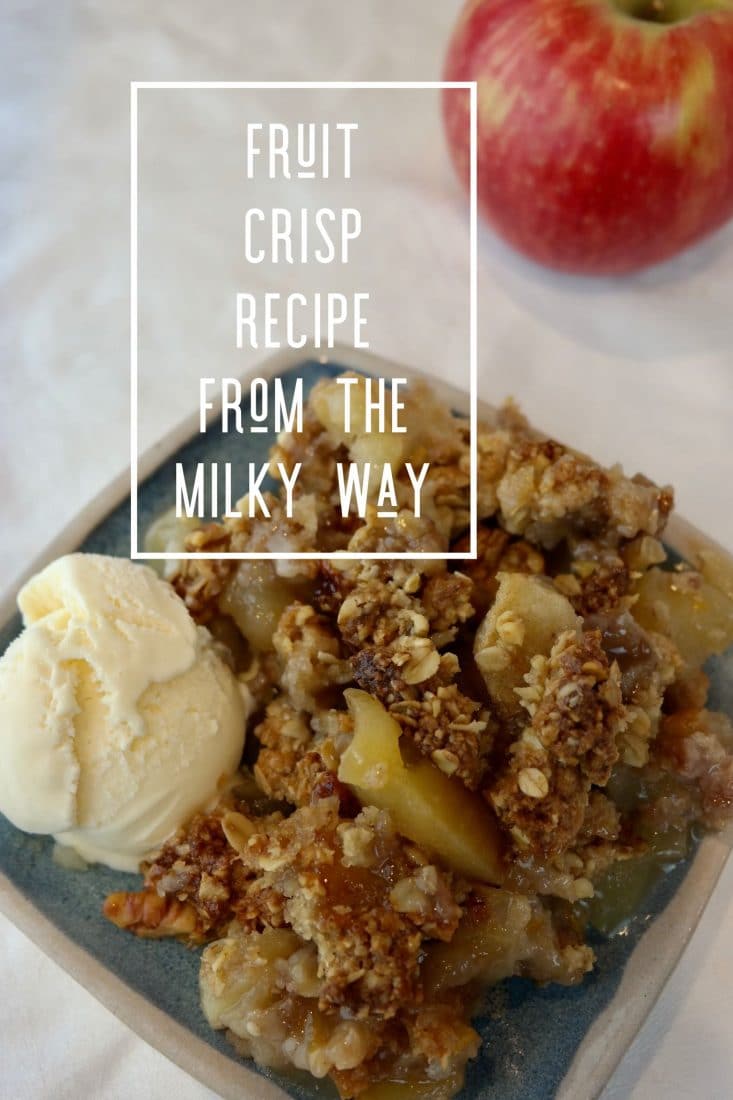 Delicious and perfect for dessert anytime.

This recipe was printed with permission from The Milky Way restaurant in Los Angeles.

15+ Unique Ways to Celebrate Mother’s Day in Los Angeles
← Previous
Where's the Best Shaved Ice Near Me in Los Angeles? [Now with Map]
Next →
Click here to cancel reply.

We cover everything you care about, like the best Summer Camps in Los Angeles, After School Classes, Things To Do in Los Angeles with Kids (and which ones are worth a babysitter), Birthday Party Places and so much more. Follow us here, on Facebook, Twitter, Pinterest, Youtube and Instagram to see why we've been named one of the Top Mom Blogs in LA!
Weekend Plans? Here you go!

Sign up today and you’ll get a BONUS “Only-in-LA” list of ideas for Family Fun!
Your information will never be shared or sold to a 3rd party.