Things To Do in Los Angeles with KidsTravel

8 Things to Do in Laguna Beach for Families 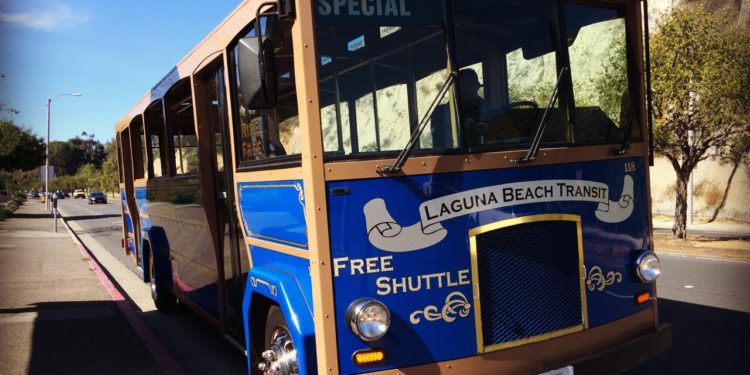 The beaches in Laguna are pretty spectacular, but there are many other things for families to do in the small seaside town. Visitors can explore pirate caves, hike in the canyon, ride the free trolley all over town, and even learn to blow glass. During my visit to Laguna, I asked Steve Bramucci, Laguna resident, travel writer and children’s book author, for some off-the-beaten-path recommendations for parents to take their kids.

“It feels like an exploration,” Bramucci said. That’s because you can only access the beach during low tide and it’s not easy to get to. It’s located at the bottom of Thousand Steps Beach on the north end. “You can only get around at low tide or swim around it and you have this massive private beach all to yourself.”

Families who love to read can spend hours in this independent bookstore that has author events, book clubs, and book readings. “It’s fantastic and very kid-friendly,” Bramucci said. It’s located in the HIP District, named that because it’s full of Historic and Interesting Places. It contains some of Laguna’s oldest buildings and many new shops.

“It’s this little tiny gelato shop and it’s just blissful,” Bramucci said. The gelato is hand made very morning in the shop.

From March to June 25, 2015, visitors can take the Free trolley all over town on Friday, Saturday, and Sunday. Bramucci recommends taking a loop or two in the trolley, with cell phones off, and allow kids to really look at all that the city has to offer. “Make it an adventure on its own,” he said.

Diver’s Cove
At the southern end of Picnic Beach

Diver’s Cove is a popular place for families to hang out because of the beautiful beach, craggy rocks and pirate caves. “It feels like it’s straight out of pirate novels,” Bramucci said. It’s named Diver’s Cove for a reason and diver’s can see eel, lobsters, and Garibaldi, the state fish of California. The area closes during bad surf conditions or high tide.

Laguna Canyon
Bramucci recommends taking kids on a hiking adventure in the Canyon. Laguna Beach is surrounded by wilderness parks resulting an a lot of exploring for outdoor enthusiasts. “”It feels like the world is still a wild place,” he said. Dartmoor Boat Canyon Trail is a manageable trail that’s popular with locals and ends with a stunning view of Laguna Beach.

Tide Pools
There are several beaches to see the Tide Pools in Laguna including Shaw’s Cove and Picnic Beach. Tide Pools are protected so don’t take any shells or fish out of the tide pools. Look for a Laguna Beach docent at some of the beaches to answer any questions.

Disclosure: I went to Laguna Beach for a media tour. I was giving some meals and lodging for review purposes. All opinions are my own.

IN LOS ANGELES WITH KIDS

Lodging on Catalina Island – The Inn ...