The Wizarding World of Harry Potter at Universal Studios Hollywood has become even more magical this Summer, with the addition of the Nighttime Lights at Hogwarts Castle, a new nightly light show displayed on the exterior of Hogwarts Castle. The show launches on Friday, June 23rd, and will be broadcast via Facebook Live on the Universal Studios Hollywood Facebook Page. 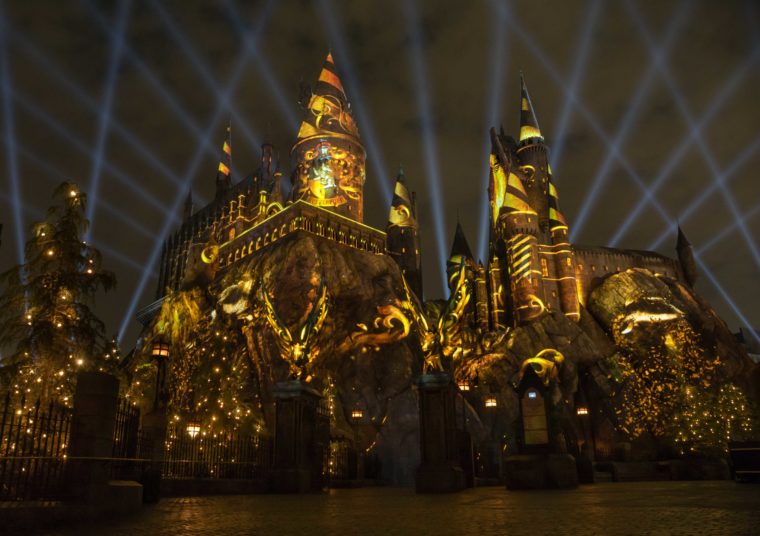 “The Nighttime Lights at Hogwarts Castle” at “The Wizarding World of Harry Potter” at Universal Studios Hollywood.

Narrated by the Sorting Hat, the show will dazzle visitors with beautiful visualizations of each of the four houses at Hogwarts: Gryffindor, Hufflepuff, Ravenclaw and Slytherin – each represented by a different color theme and “spirit animal.”

The show will be accompanied by a special musical arrangement created by Academy Award-winning composer John Williams, based on his original scores composed for the film series. The musical arrangement will be heard in a surround sound environment, and was recorded by the London Symphony Orchestra.

The light show, which will take place multiple times per night, is truly delightful, and fans of Harry Potter will be glad they stayed until dark to watch. 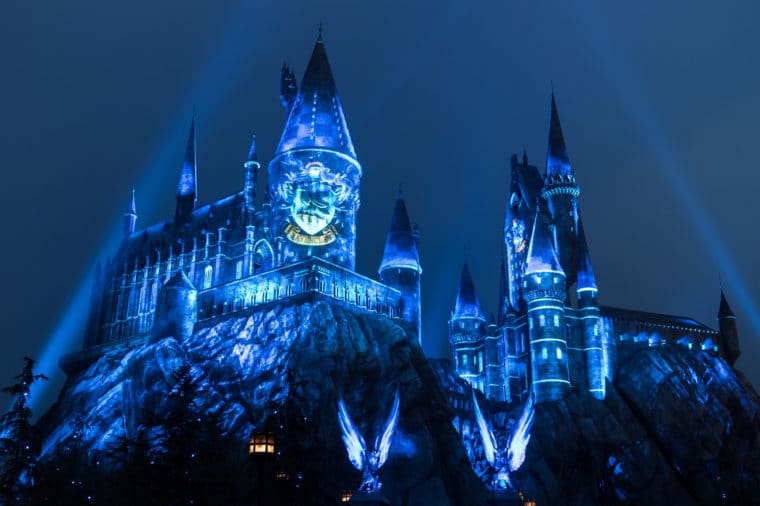 “The Nighttime Lights at Hogwarts Castle” at “The Wizarding World of Harry Potter” at Universal Studios Hollywood.

Sarah Auerswald is the co-Founder of MomsLA, and she would definitely be in Gryffindor. MomsLA was invited to preview the show. Photos of the Castle at night courtesy of Universal Studios Hollywood.

Best Parks On the Eastside
← Previous
8 Reasons To Visit Disneyland and California Adventure This Summer
Next →
Click here to cancel reply.