Galileo Camps: A Go-Kart Wonderland for My Son 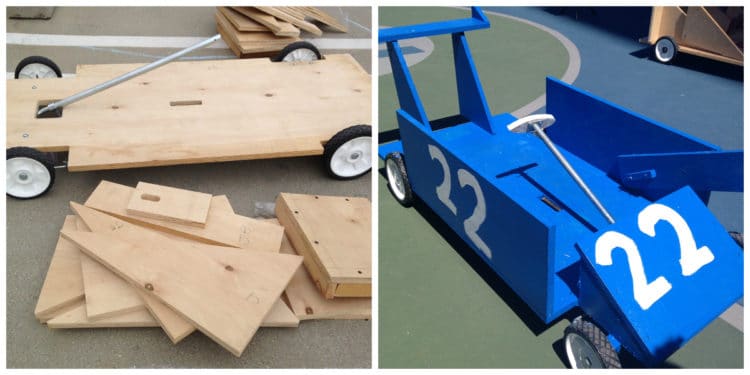 My 12-year old son spent a week at Galileo Summer Quest making a Go-Kart and had a ball. He also, according to his Camp Counselor Michael, “exemplified what it is to be determined and collaborative.”

Pretty awesome for a week in Summer.

Galileo Camps are offering an Early Bird discount only until February 29th; please scroll down to learn more.

My son is very quiet and is not given to a lot of talking most of the time. The exceptions are when he is excited about something or when he wants to complain about something. I would say he does both in fair measure.

If my son doesn’t want to do something, he will complain to me about having to get ready, having to get out the door, and having to go at all. His week at Go-Kart Camp was even fun for me because I knew he was having fun. Evidence? No complaints at all.

Getting up early in Summer to get breakfast and get dressed? Done. Getting out the door? Not a problem. And not a peep of complaint.

And then when I picked him up each afternoon, he would beam when describing what they’d done and how much progress they’d made on the Go-Karts that day. Well done, Galileo!

Galileo Summer Quest of course offers more choices for kids than just Go-Karts. In 2015, depending on the location, they were offering cooking classes, digital filmmaking, fashion design, Minecraft mod design, and an inventors’ workshop, just to name a few. It seems that new “Majors” are being offered all the time, so kids can either try something new or drill down further on their favorite pastimes.

If the other Majors are as well-researched and planned as the Go-Kart Builders was, kids will learn a great deal and parents will be suitably impressed. There was amazing attention to detail in the Go-Kart kits, and each day’s progress helped the kids feel successful and proud.

And obviously, embedded in the work of building a Go-Kart, Galileo has created a way of bringing out certain qualities in kids that I think are important and valuable.

Being determined and collaborative alone would be great things to instill in kids – or I should say – to reinforce in kids, since I believe many kids already possess those strengths. But it can’t hurt to have some super excited (young) adults shaping that.

Galileo’s stated mission is “to nurture and inspire a daring new generation of fearless innovators.” They call it “audacious”, but I would say they have a very good plan for making their mission a reality, since embedding their Mission inside fun activities is a smart move.

I was very impressed with the staff at Galileo. There were a lot of them around to help with the logistics of getting kids in and out of the drop-off line and into their groups, and they were all super excited to be there. That kind of enthusiasm helped make my son feel comfortable being there and I would bet it helped other kids, too.

As a parent, it made me feel great dropping him off each day, seeing so many staffers around, not because I thought he was being bubble-wrapped, but because I felt he would be challenged and encouraged.

And now for the Go-Karts! I photographed the material for the Go-Karts each day, watching the progress being made. The kits looked very uniform at the start, but clearly there was room for individual creativity when you see the final products. Each kid made his or her Go-Kart their own, not just with paint and decorations, but at the engineering level as well.

And that collaboration the counselor mentioned? That was in evidence all along the way. A couple of kids worked together to create an extra long Go-Kart, and the entire group of kids all helped each other do their work.

On the final afternoon of camp, just before pick-up time, parents are invited to see a demonstration of all the Summer Quest projects, with kids being able to show what they’ve spent the week doing, and counselors extolling each kids’ achievements, and not in a “trophy for every kid” way.

The kids from Go-Kart camp really looked like a team, each cheering the other on and celebrating each others’ work. And I felt that their counselor, Michael, had really taken a measure of each of them and was truly acknowledging something that child exemplified that week.

I was very happy sending my son to camp at Galileo and I know he was very happy to go. I think their approach to kids and their mission of inspiration make theirs a great choice for Summer camp.

Sign up for multiple camp sessions and save $20 off your second week, $30 off your third and $50 off your fourth or more, plus 40 percent off all extended care. Save even more ($25 per week) when you sign up by February 29th.

Refer-a-friend! Refer a new family you both save $25. Be sure to tell your friend(s) to enter the coupon code 2016FRIEND at checkout along with your first name, last name, and email address so that you’ll  both receive the discount. *Refer-A-Friend discount available for new families only.

Sarah Auerswald is the co-Founder of MomsLA.com. This post is part of a sponsored campaign. Camp tuition was comped in exchange for this post. The opinions of the camp are her own and are genuine.

The US Grant Hotel and Balboa Park ...

Family-Friendly Things To Do in Sherman Oaks