The Second City Training Center is How fun does a Comedy Camp sound? Spend part of your summer at The Second City in our improv and comedy writing camps. Campers exercise their sense of play through improv games and exercises that are the foundation of The Second City’s unique brand of comedy. Our teachers will work with these young improvisers to help enhance their ability to communicate with others and develop confidence in their own creativity while working as part of an ensemble. Our summer comedy camps attract students from all over the world to learn improv, make friends, and perform on our stage! No previous experience is needed. Camps end with a show where the students show off what they’ve learned!

Early drop off available. You can drop your student off as early as 8:30am free of charge.

$25 off the second child in the same camp.

SUMMER COMEDY CAMPS (Ages 4-18)
SUBJECTS
Depending on which camp your child takes, they will learn between 2-6 of the bellow subjects:

“I can’t tell you how excited she was each morning to head to the camp. You really made this a great experience.”-Irene Z.

“She learned a lot, made new friends, and had so much fun every single day. Thank you!!”-Bethany R.

“Going into camp, Connor was really reluctant. He usually hates camp, so I was pleasantly surprised when I picked him up the first day to hear him say he loved it. We will be back.”- Court P.

“You guys are doing a great job with your kids at Second City. Learning to think on your feet and just rolling with it have been the two biggest things my kids are getting out of it.” -Asha F.

”Second City has been such an amazing thing in my life…it’s a great environment and everyone has so much fun.”  – Kiernan Shipka (Sabrina, Mad Men)

About The Second City

The Second City is the premier brand in improv-based sketch comedy. Dedicated to entertaining, inspiring, and transforming through fearless comedy, the company’s ten resident stages in Chicago and Toronto, plus four Touring Companies and a booming Theatricals division, entertain one million theatergoers a year around the globe. The Second City Training Center, which includes the Harold Ramis Film School, is the largest school of improvisation on the planet, with locations in Chicago, Toronto, and Los Angeles. Second City Works, the B2B side of The Second City, focuses on hands-on learning, digital content, and consumer insights, and Second City Entertainment’s foray into television and media continues to produce new content and programming. Founded in 1959, The Second City continues to grow rapidly in size and influence by upholding five core values: performance; ensemble; diversity and inclusion; resiliency; and authenticity. 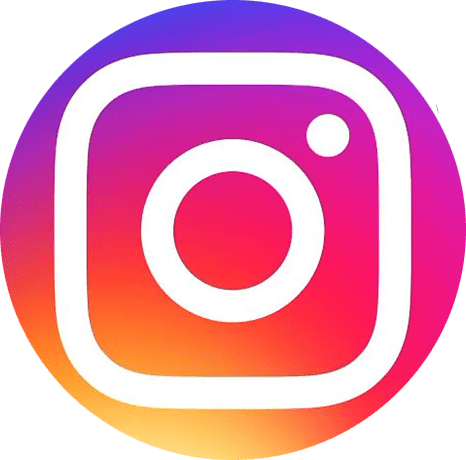 A dynamic and hands-on theatre camp for children and teens where students will use their creativity and performance skills as they spend each and every day acting, singing, dancing, and more at the historic Alex Theatre!

The prestigious Archer School for Girls now has a summer program for girls grades 4 – 8 on its historic campus, with bus routes available across Los Angeles. From June 15 through July 10, three programs will be offered: Girls in Charge, Girls in Action, and Girls in Stage to ignite possibility, inspire creative risk-taking, and build valuable leadership skills. Girls will engage in real world challenges, make new friends, and experience Archer’s joyful culture, which celebrates the possibility of every girl.

Girls in Charge
Week-long thematic programs that are rooted in creative play and exploration. Students will dive into a variety of imaginative projects that will culminate in a celebration and showcase of student work.

Girls in Action
Our one- to four-week visual arts, creative writing, and journalism workshops offer students the opportunity to develop technical foundations with an emphasis on personal expression, creative voice, and journalistic storytelling led by our expert faculty.

Girls on Stage
Our four-week summer musical theatre intensive offers students a conservatory-type experience focusing on the areas of dance, voice, and acting. Students will rehearse and perform a full-length musical and participate in dance, acting, and voice classes throughout the program.

Our 35+ summer STEM camps offer the latest in technology, giving campers the opportunity to take their creativity to new heights, turn their ideas into reality, and gain the tools to achieve and exceed their goals. Our campers can learn how to Design Websites, Build and Code Robots, Work with Artificial Intelligence, Create Custom Converse & Vans Sneakers, Produce Digital Music, Join a Digital Rock Band, Mod in Minecraft, Design Games in Roblox, Compete in National Minecraft, Roblox, and Fortnite Tournaments, Code in Java and Python, Become YouTube Casters, Use Green Screens, Build Games and Apps, Train in Esports, Learn Digital Citizenship, and so much more!

We offer early arrival and extended day, catered lunches, and sports options at recess – there are plenty of opportunities for exercise, fresh air, socialization and fun.  Campers may also elect to relax during this time and/or participate in fun team-building games.

Most weeks sell out… space is limited!

Teens learn the fundamentals of improv in this fun and engaging workshop series which culminates in an improv performance on The Groundlings student stage.

Campers, ages 7-9, remain with their counselors throughout the day participating in a variety of activities, while 10-16 year-olds customize their schedules.

This popular improv program in Studio City has been named the “Best Kids Improv Classes in LA” by Los Angeles Magazine and LA Weekly.  Studio LOL campers study one week of improv in an upbeat atmosphere, where the just-for-fun energy of camp creates a perfect space for beginners to jump right in.  A typical day at Studio LOL might include: acting out a silly news broadcast, creating an infomercial with crazy props, or creating a scene about potato farmers.  Campers perform in a comedy show for parents on Friday.  Separate camp weeks are available for ages 5-18.