Join us for a summer of imagination and enrichment led by an expert faculty.
Archer’s summer program ignites possibility, inspires creative risk-taking, and builds valuable leadership skills. Engage in real world challenges, make new friends, and experience Archer’s joyful culture, which celebrates the possibility of every girl. Summer 2021 will offer both in-person and online options for rising 4th-12th graders.
Connect:

A new online summer camp which brings the exciting world of theatre straight to your living room! Log in Monday-Friday to take part in a dynamic and interactive theatre experience where our campers get the opportunity to enjoy the fun, creativity, and hilarity of the theatre world. Each and every day they’ll participate in acting, singing, dancing, improv, movie-making, and stage design. All of it leading up to a professionally produced Big Show for the whole family to watch online! From the shy wallflower to the class clown: All levels of experience welcomed!

Atwater Photo Camp is a super fun and exciting 5 day photo adventure that inspires kids to explore their world in a deeper way. It helps them recognize, develop and celebrate their own unique voice. We build skills with camera, light and storytelling, through clever games and activities, designed to challenge the way we see.

Together we review images each day, and on Friday we host an exhibit where campers showcase their work for friends & family. Everyone receives a gallery of images.

Camp counselors are professional photographers, who understand how to ignite passion and curiosity in a virtual setting. We use a unique schedule which minimizes screen time and maximizes camper engagement throughout the day.

Hope you can join us!

This pre-college workshop is designed to help film and video artists explore unconventional methods for filmmaking while enhancing their application portfolio for college film/video programs. This eight-week portfolio development workshop is led by a CalArts admissions counselor and artist and is offered online this summer by CalArts Extended Studies.

Do your kids have a passion for creativity and imaginative building? Foster their love of creativity by sending them to our Summer Camp! Summer Camp 2021 is now open for in person enrollment, welcoming kids from throughout the Los Angeles, CA area.

This summer, we are offering 9 packed weeks of camp! Some weeks will be a dedicated Art Camp, while others will be a Lego Robotics Camp. You can register for different weeks of camp, depending on your child’s interest! For 1st-8th Grade 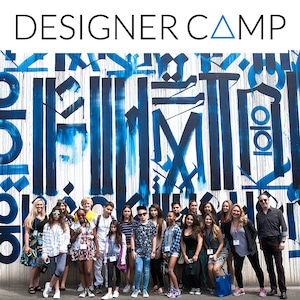 Designer Camp’s mission is to give students a community that helps them cultivate their unique creativity and discover the many career opportunities for their future.

Digital Dragon is back this summer, better than ever, offering both online and in-person sessions! Our Summer tech camps have something for everyone from coding games and cartoons to digital art and altered reality, robotics to Roblox, and producing of videos to music – we offer the perfect mix of learning and fun. We will have separate dedicated online and in-person teachers. This way we tailor the curriculum and activities to the type of session your child is in – no confusing hybrid. We are celebrating the Olympics this summer with our exclusive themes in Minecraft, Roblox, and Robotics. Speaking of Minecraft – we have a big slate of themes – SkyWorld, Build a Factory, Co-Op Survival, and more – so campers will always be learning something new. Come join the fun this summer!

Our campers follow their dreams, try incredible new things, and gain lifelong friends and positive role models in a safe and supportive environment. Our very low staff-to-camper ratio of 1:6 ensures a level of instruction, engagement, and mentoring that makes the experience unforgettable.

Campers choose a specialty (we call ‘em “tracks”) to focus on during each 2-week session of Amplify. Some campers sign up for a different track for each session they’re enrolled in, and some stay with the same track for the whole season. There’s no wrong way to AMPLIFY YOUR VOICE.

Read more about Amplify Sleep Away Camp for Girls here.

Explore, learn and thrive at KidzToPros on-site STEM, Arts and Sports Summer Camps for kids ages 4 to 14! From coding and robotics to digital arts, film studio, tennis, basketball and more, KidzToPros will help ignite your child’s creativity and passions.

We will be crafting a short film from concept to final cut in 5 days, involving the students every step of the way! They will get the chance to help craft and create their own characters once a storyline has been written with THEM in mind. Upon completion of the camp, each student will be provided with a copy of the film for their own personal use and receive IMDB credit! (Its a real film so give us time after to complete) Our camps are fast, fun and you’ll be working with real industry pros who are excited to share their passion for filmmaking with your kids! And in the process your kids  will have a deeper level of the craft themselves!

Camps are broken up into age groups once the number of campers exceeds 12-we make a movie with the ages we have and that is realistic and sometimes more fun! We make more than one film in some weeks where we split ages. Each child ALWAYS gets a starring role as there is NEVER more than 15 kids per film and the film will earn them an IMDb credit! We also sprinkle in some improv, commercial, dance and story making classes in each camp-each camp has an additional two classes with the camp as well as a celebrity guest sometimes upon availability!

One amazing perk of these camps is that we offer everyone real red carpet screenings of the films! They are the stars! The Shanelle Gray Studios Film festival is held February of every year after the camps. They are held in LA at the Raleigh Film Studios! We host these events to make everyone feel special and to show them how amazing they did and what it feels like to be a part of something so special. At all of the events industry pros pick best films-and the winning film gets submitted to film festivals!

Shanelle Gray Studios is also the winner of the Youth in Cinema award at the 2018 and 2019 Burbank film festival! We won for our short film “The Pact!” “The callback” and many more!

Check it out on our vimeo page:

For the actors program-They star in the film! We also sprinkle in some improv and commercial classes, stage makeup classes, writing and directing classes (it’s a wild card each week they get two classes and much more!!)

For the directors program- the child or adult must take two weeks of camp-for the first week they will shadow the director and watch the directors do their thing, the second week of camp they will get to help direct the film and receive and IMDB directors credit for directing too! They need to get their feet wet first which is why they need to do two weeks! (There is also an option for them to direct and act-ask about this option!) There is a nominal fee to do both.

At the red carpet celebs and industry pros pick best films-red carpet shots etc and the winning film gets submitted to various film festivals including sundance if the film is strong enough!

The schedule is as follows- Mondays,Tuesday & Wednesday 10am to 3pm, Thursdays and Fridays 10am to 5pm – (Same schedule if a camp starts on a Thurs/Friday-Monday/Tuesday)

Price: $650 for the 1st  week of make a movie camp and $100 off any additional week you do of camp in any capacity in ANY time of the year winter, spring, summer or fall. For siblings-you take an additional $100 off of any pricing.

Flexible, remotely accessible and exceptional Summer Programs K-12. Designed to meet the varied needs of students and families with offerings ranging from enrichment to foundational skills, credit recovery or acceleration. Family summer plans don’t need to be compromised as it’s all offered remotely and accessible anywhere. It’s remote education that even kids like (and their parents do too)!

– “I loved my remote summer teacher and class.”
– “Each of the teachers engaged my child for the entire class period and expanded their related skill set.”
– “I never thought online learning could be so fun. I was pushed to seek a challenge and grow.”
– “Max had an excellent experience in both his math and film classes. The classes were wonderful.”

Summer at The Center

Calling all first through sixth graders: looking for a summer camp program in Los Angeles? Join us at Summer at The Center! Whether you want to direct a play, design a robot, learn a language, brush up on math skills or dance your heart out, you can do it all this Summer at The Center!

At Summer at The Center, you can design your own day camp adventure. Mix and match to create your summer of fun! Half- and full-day programs are available. Summer at The Center features engaging class offerings, state-of-the-art classrooms, outstanding athletic facilities, nurturing staff, and expert teachers. Sign up for summer excitement and learning at CEE’s expanded campus in West Hollywood!

Participants in their poetry offerings are eligible for a chance to perform their work at the Smith College Poetry Center. Registration is open. Space is limited. Join today and spend a week—or an entire summer—connecting & writing with peers worldwide!